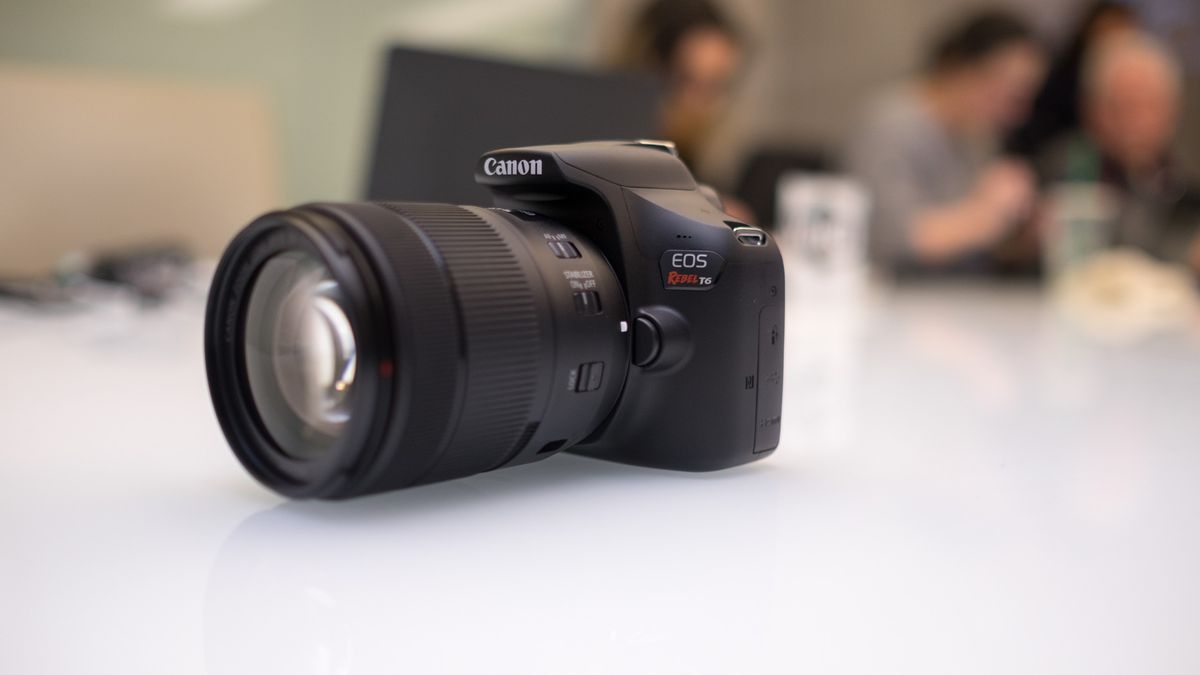 Canon’s Rebel series of DSLRs have been the first stepping stone for many beginning photographers and now with its latest T6 model, the Japanese camera company has included instant image sharing.

The Rebel T6 is Canon’s latest entry-level DSLR pitched at beginners complete with an 18MP sensor and built-in Wi-Fi and NFC. The added features will allows users to easily take images and shoot them over to a smartphone for sharing in an instant. In the UK, this is the new EOS 1300D model, replacing the old EOS 1200D.

Of course, these aren’t new features for Canon’s Rebel series as they’ve been previously implemented in the Canon Rebel T6s. As a smaller, stripped down and cheaper version of the T6S, this latest Rebel camera doesn’t include an articulating touchscreen and LCD display window built into the top plate.

As a result, it’s also incredibly small almost to the point where it could be considered a successor of the Canon Rebel SL1.

Unfortunately, the Rebel T6/1300D features the same (or very similar) 18 megapixel sensor we’ve seen before in the Canon Rebel T5i and even as far back as the Rebel T2i. The DSLR also gains a slightly upgraded DIGIC 4+ image processor – which Canon claims will offer a 60% speed bump over the older DIGIC 4 engine – but the company has long since moved on to a Digic 6 engine.

The most significant change Rebel T5 users will notice about the new camera is Canon has doubled the resolution of the 3-inch rear LCD to 920K dots. Otherwise, if any of these features sound familiar, it’s because they’re almost all essentially tech taken from the older T5 camera repackaged in a new body.