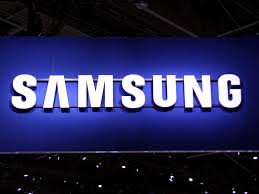 The dual sim feature of Samsung Grand Galaxy will be an attraction to those who want to get free from the hassle of carrying two phones. The Galaxy Grand I9080 has a dual core and 1Gb RAM.

This Smart phone (I9080) comes with an 8Gb internal memory which can be extended by putting a micro SD card up to 64gb. 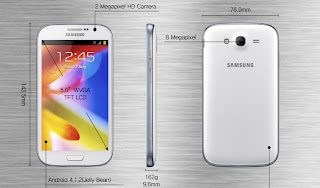 This amazing phone by Samsung has an 8mp back camera which features backside illumination sensor (BIS) which is useful for taking pictures in low-light. The back camera also supports video recording on 1080p. The I9080 has an inbuilt 2mp front camera which can be utilized for video calling.

Other features of Samsung Galaxy Grand include built-in wifi and Bluetooth. Plus, the phone can be utilized as a media storage device.

In today’s world of connectivity, the Galaxy Grand smart phone gives you the ease of working on the go. The phone is compatible with top email setups (IMAP, POP3, SMTP and Exchange)

Like most of the smart phones available, it also comes with an unlimited space for contacts and sms.

Conclusively, it would not be unfair if it is said that theSamsung Galaxy Grand I9080is totally “value for money”. Having such a big smart phone at such a small price is definitely worth a “bravo!”.

The Samsung team does not rest! Here we are discussing another impressive device. The Samsung Galaxy Note 8.0 which was announced in Februrary 2013 and is expected to be launched in the second quarter of the same year. This device has been designed to give a direct competition to the ipad mini which was launched in the end of 2012.

The Samsung Galaxy Note 8.0 or N5100 is a tablet which comes with Stylus Pen functionality. It is equipped with a 1.6Ghz Quad Core processor running on Andriod 4.1.2. The Samsung Galaxy Note 8 has an 8” TFT capacitive screen which features 1,280 x 800-pixels. This might not be the best display around but the TFT makes it quite a crisp view.

It supports a micro SIM which can be used for internet, calling and texting *thumbs up*

The tablet is expected to come in two variable internal storages i.e 16gb and 32gb which can be further extended by adding a micro SD upto 64Gb (way to go Samsung!)

With such a big internal memory, the tab comes in a very light weight of 338gms.

The Samsung Note 8 has a classy 5mp primary camera which is quite reasonable for a device of such size. It also has a secondary (front) camera of 1.3mp which could be utilized for video calling. The Samsung N5100 supports video recording at 1080p.

The over all design and technical specifications of the Samsung Note 8 seem quite promising. However, the success of this device will be widely dependent on the price. The ipad mini costs 329$ (US) and if Samsung wishes to give competition to the ipad mini, they will have to keep the price lesser. Nonetheless, it is being rumoured that this does not seem possible with Samsung at the moment.

One major advantage that the Note 8 will have over the ipad mini is its usage as a phone. Since, the Samsung Note 8 will be supporting sms, mms and calls. Hence, its usability as a phone is also a possibility which can increase its popularity.

Lets just hope that the Note 8 is launched at a cheaper price than the ipad mini.