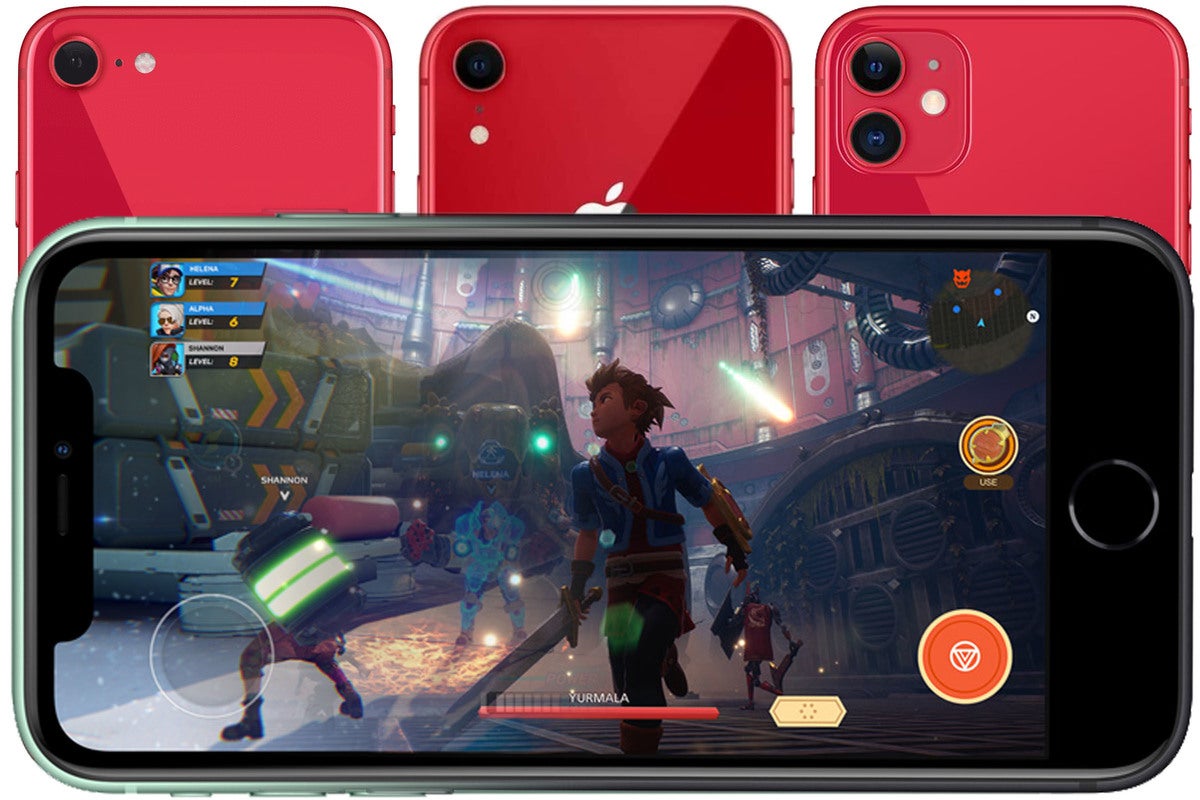 If you want to get the most bang for your buck on an iPhone, you have a healthy number of options. Apple sells no fewer than three iPhones for less than $700 (not including refurbished models), and deciding between them can be tricky. But as someone who’s used all three phone extensively, I’ve broken it down for you to help you decide how to spend your money wisely.

Let’s start with how much of your money you’re going to need to spend. We usually talk about cost at the end of these comparisons, but since price will directly dictate the decision-making process here, you should know what they cost up-front.

Each of these phones starts at 64GB of base storage, which will be plenty for most people. If you want more, you can upgrade to 128GB for $50 more or 256GB (iPhone XR and 11 only) for $150. Now that we know what you need to spend, let’s dive into the differences.

You don’t need to be a rocket scientist to see the difference between these three phones. The iPhone SE has a home button and the iPhone XR and iPhone 11 do not. But of course, the design differences are deeper than that. 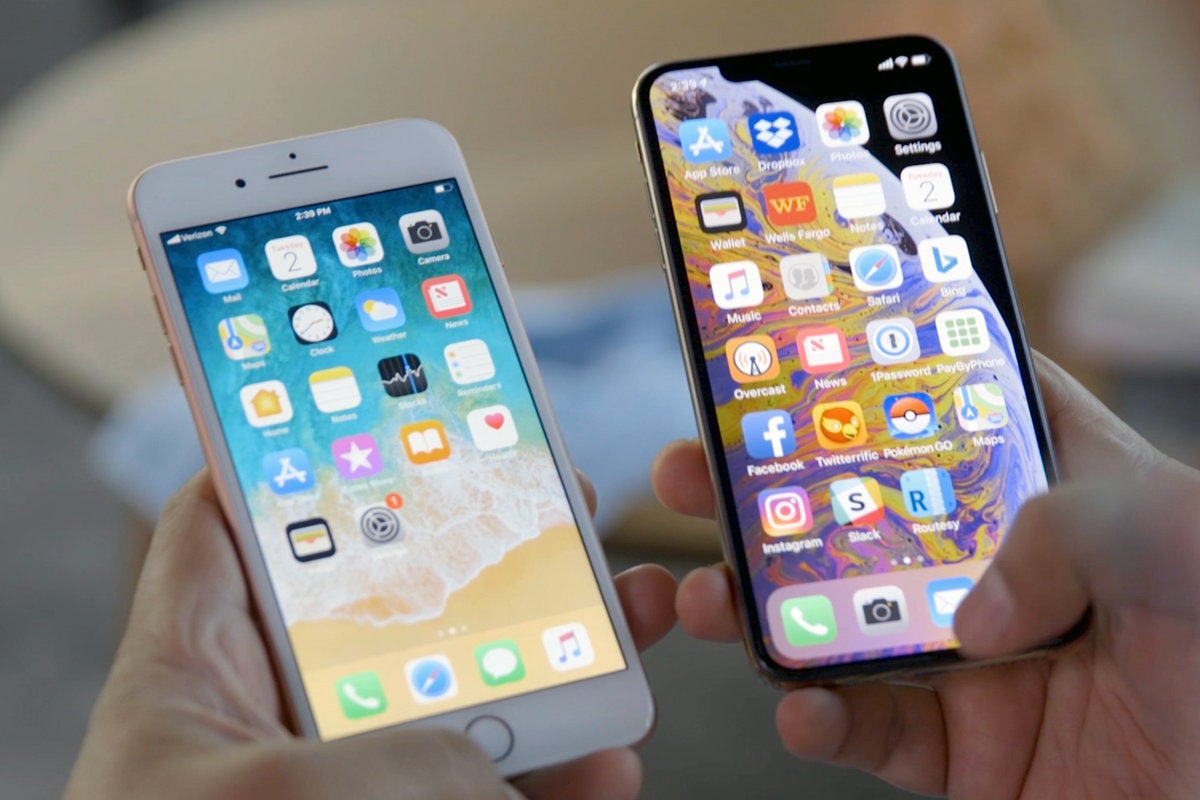 The iPhone SE uses Apple’s old bezel-heavy design while the XR and 11 embrace the newer notch.

The iPhone SE adheres to the iPhone design Apple introduced with the iPhone 6: it has a huge bezel and a lot of dead space around the screen. Despite that, however, it’s a good deal smaller than the iPhone XR and 11.

As you can plainly see, the iPhone XR and 11 are identical in size and shape. They’re not big phones by any stretch, but the iPhone SE feels incredibly small by comparison, even with gargantuan bezels. It’s also noticeably lighter, at 148 grams versus 194 grams for the iPhone 11 and XR.

Around the back, they’re very similar too, with a camera in the left corner, a centered Apple logo, and a glass body. And there’s no shortage of color options with these phones either:

This is largely subjective, but I wouldn’t recommend picking one of these phones just because you like a particular color. For one, you’re probably going to put it in a case anyway but more importantly, all of the colors look good, even the ones you wouldn’t think you’d like.

Display: All about the corners

While the iPhone 11 and XR might look dramatically different than the SE, they actually have extremely similar displays. All three are LCDs, and they all have identical 326ppi, making them all Retina displays. The rest of the specs are the same as well. 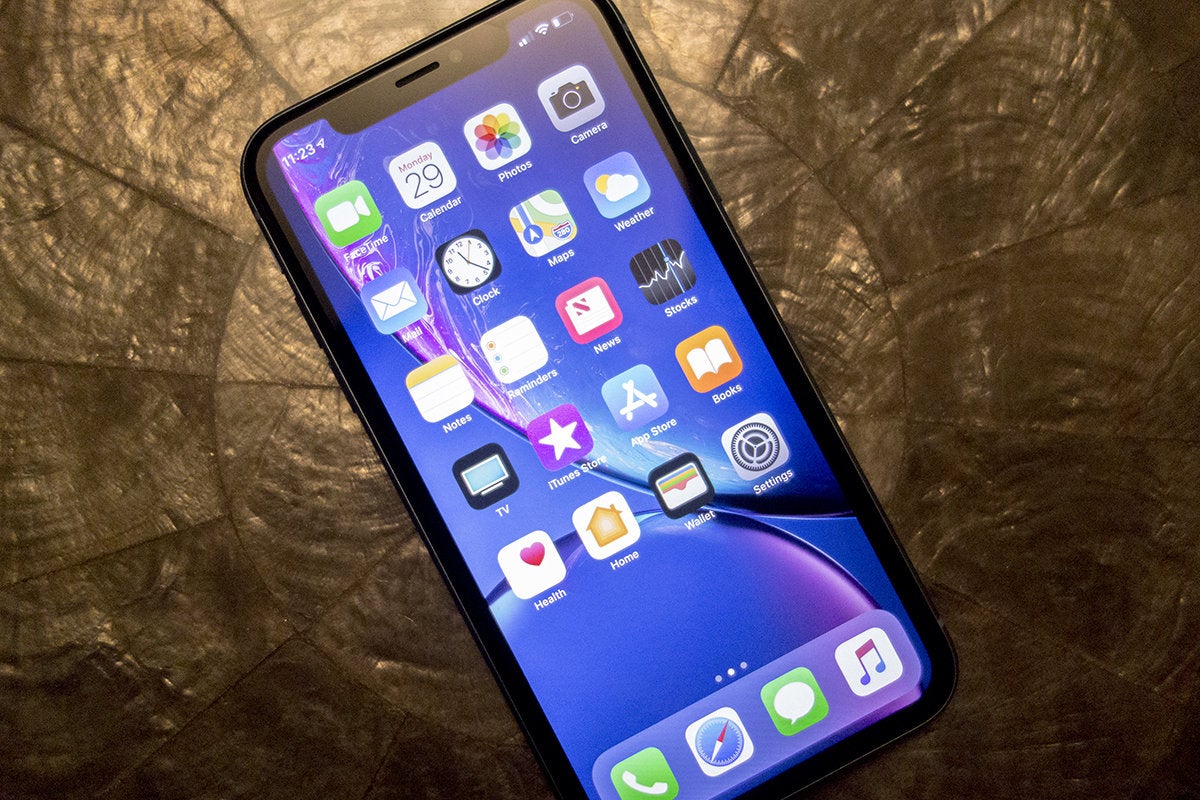 Of course, none of these displays can hold a candle to the iPhone 11 Pro’s OLED, but Apple’s LCDs are still surprisingly good in 2020. If you compare them side by side to an OLED display, you’ll definitely see the difference, but on their own, your eyes will be plenty happy with any of these displays.

Performance: Speed and specs to spare

The iPhone SE might look old, but it actually has the fastest processor Apple makes, at least for now. Both the iPhone SE and the iPhone 11 are powered by Apple’s A13 processor, which offers blazingly fast speeds. The XR, on the other hand, uses last year’s A12 processor, which is very capable but slightly slower. Hard-core users might notice a difference, but they should opt for one of the pro models anyway.

Apple doesn’t advertise the amount of RAM inside its phones because it really doesn’t matter. In simple terms, Apple provides the bare minimum that the system needs to run at its best for years to come, and in this case, that means the SE and XR have 3GB while the iPhone 11 has 4GB. But those numbers shouldn’t factor into your decision. All of these phones are plenty fast and more than capable of doing anything you’ll want to do.

Elsewhere, you get slightly better water-resistance on the iPhone 11. Apple says the 11 is rated IP68, meaning you can dunk it in two meters for up to 30 minutes (6.5 feet), while the SE and XR are IP67 rated, which only guarantees it won’t fry in one meter of water. Also, the iPhone XR is the only phone here that doesn’t support Wi-Fi 6 or gigabit-class LTE. And if you’re looking for Dolby Atmos support, you’ll only find it on the iPhone 11, as well as a U1 ultra wideband chip for indoor positioning to augment AirDrop and other location-based features, including Apple’s rumored Air Tags.

Whether you’re taking selfies or slofies, the front camera should factor into your buying decision. All three phones offer different capabilities in their front cameras, with the iPhone 11 standing out among the others:

That’s a big leap from the iPhone XR to the iPhone 11. Not only do you get a higher quality camera for FaceTime calls and selfies, you also can record 4K video. And since the iPhone XR and 11 have TrueDepth cameras, you can also create Memoji and Animoji, neither of which is available on the iPhone SE. You also can’t create slofies—Apple’s name for slow-motion selfie videos—on any phone other than the iPhone 11. 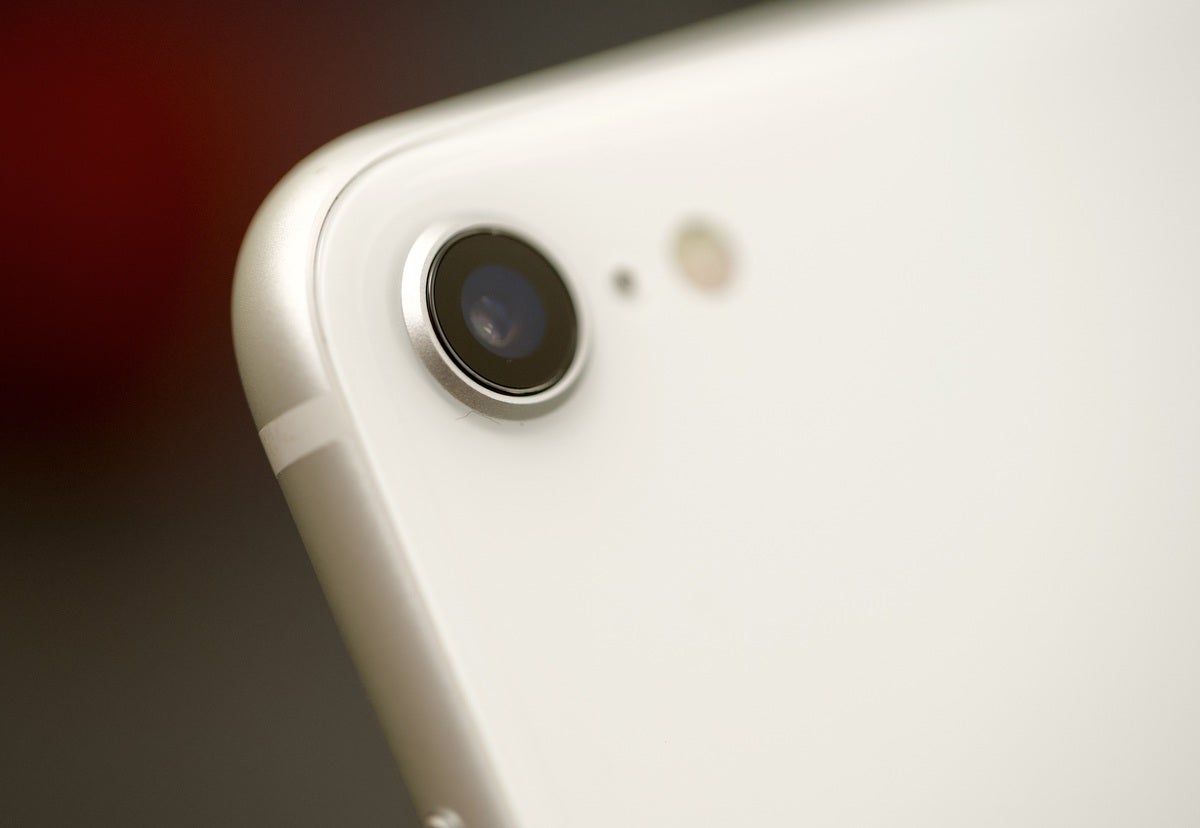 Around the back, all three phones have the same 12MP Wide camera with OIS, 5x digital zoom, and f/1.8 aperture. However, the iPhone 11 pairs that lens with a 12MP Ultra Wide one for 2x “optical zoom out,” along with brighter True Tone flash.

All three phones also have portrait mode with Depth Control for adjusting the blur after the picture is taken, though it only works on people on the SE and XR. They all have Portrait Lighting as well, but the XR only has three effects (natural, studio, contour), while the SE and 11 have six (adding stage, stage mono, and high-key mono). The SE and the 11 also have a newer Smart HDR system than the XR. 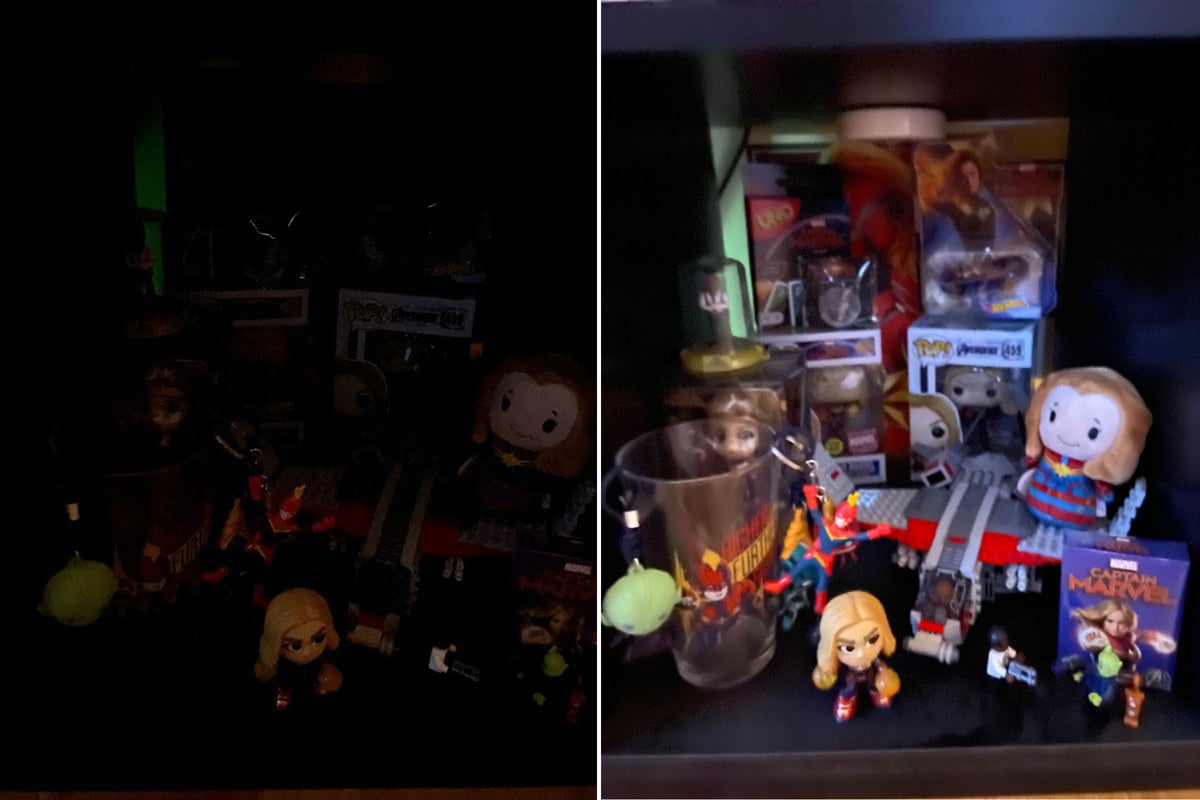 When the lights are turned way down, the iPhone SE (left) will struggle to capture any detail while the iPhone 11 will illuminate the whole scene.

And there’s one more feature you’ll only find on the iPhone 11: Night mode. All three phones are able to take excellent photos in normal lighting, but as you can see in the photo about comparing the SE to the 11, there’s simply no comparison when the lights turn low. The ability to take crystal-clear shots in bad lighting is the premier feature of the iPhone 11, and it’s no surprise that Apple didn’t bring it to the other phones here, even if they’re technically capable of handling it.

The iPhone has always had great but not mind-blowing battery life and the three phones here stick with that motif. Apple doesn’t officially list the capacities of its batteries, but we know from teardown that they’re quite different.

And here’s how Apple officially reports how long each phone lasts:

If that’s not helpful, think of it in terms of good, better, and best. The iPhone SE’s battery is good, in that it’ll last you most–if not all–of a day of regular use. The iPhone XR will easily last a full day of normal-to-heavy use. And you won’t have to worry at all about the battery on the iPhone 11. 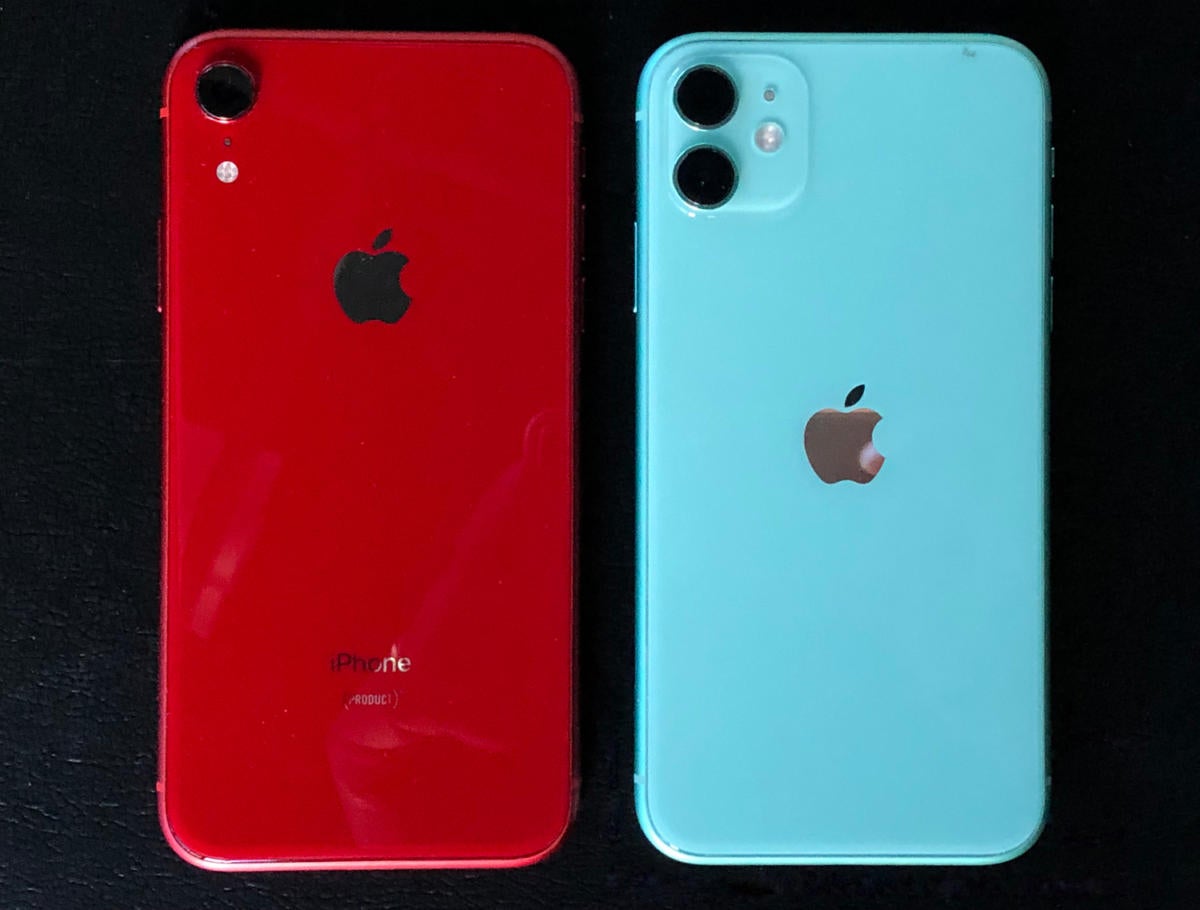 When it comes to charging, all three phones come with the same underwhelming 5W power adapter, which will take hours to fill any of them. However, they all support fast charging with an 18W adapter and a USB-C-to-Lightning cable, Your mileage will vary depending on the power adapter, but it’ll be at least twice as fast as the charger Apple supplies. They also all support 7.5W wireless charging with a third-party Qi charger.

Of all the differences between these three phones, the biggest is how you unlock, authenticate, and pay for stuff. On the iPhone SE, you use your fingerprint, and on the XR and 11, you use your face. Apple says Face ID is far more secure than Touch ID (1 in 1,000,000 chance of a false unlock versus 1 in 50,000), but both will do an excellent job of protecting your phone from prying eyes and quickly unlocking when you’re using it.

Conclusion: Buy this or buy that

I’m just going to say it: There’s no reason to buy an iPhone XR, even if you can get one of the new refurbished models. It’s basically in no man’s land, with a price that’s simultaneously too high to attract iPhone SE upgrades and iPhone 11 downgrades. For an extra $100 you can get an iPhone 11, which has a better processor, battery, and camera. Or you can save $200 and go with the iPhone SE, which has a better processor and a similar camera and battery. If the XR was $429 the conversation might be different, but as it stands, $499 isn’t worth it.

That leaves the $399 iPhone SE and the $699 iPhone 11. Three hundred dollars is a big gap, so you need to decide what matters most. I wouldn’t base the decision on Face ID versus Touch ID, since both have their faults, but there are three things to consider. 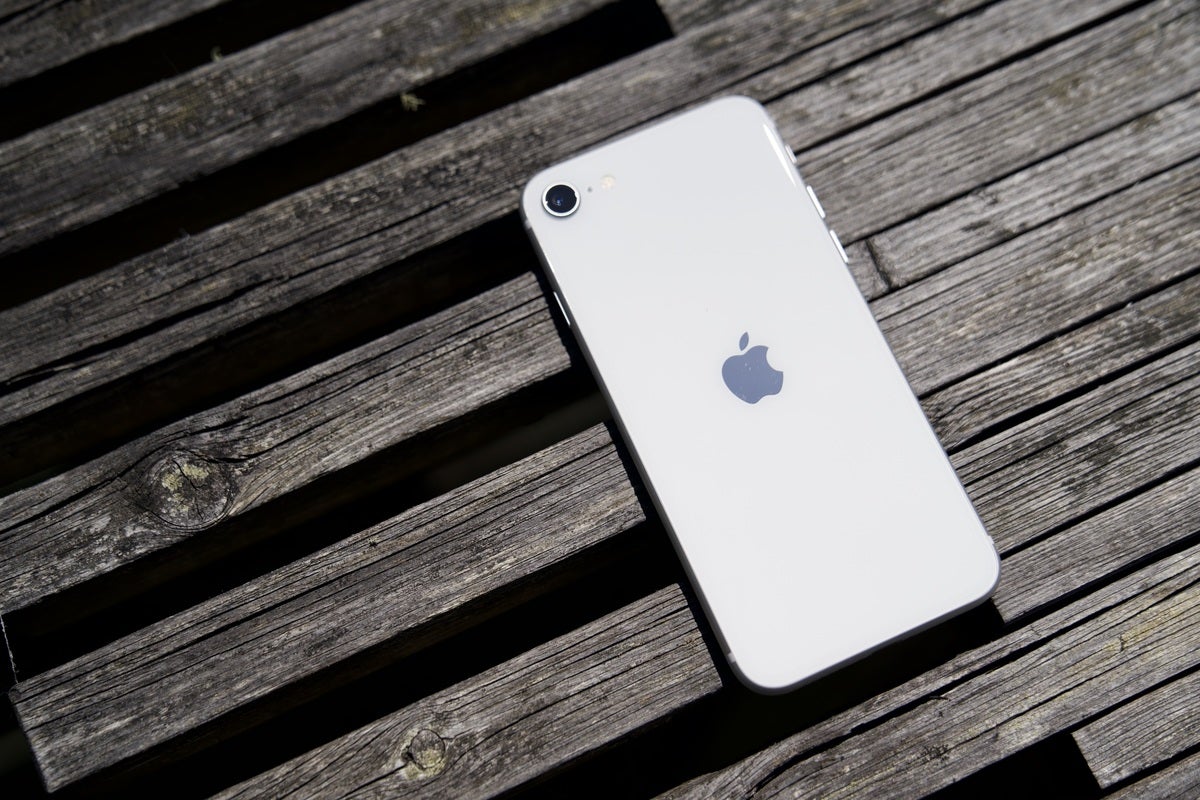 If you care most about speed: iPhone SE

Since the iPhone SE and the iPhone 11 share the same A13 processor, you’re better off going smaller and cheaper. The iPhone SE is as fast and powerful as the iPhone 11 at nearly half the price, so the value-to-performance ratio simply can’t be beat.

If you care most about design: iPhone 11

There’s no denying that the iPhone SE has a stale, outdated design. It’s still one of the nicest button-based phones ever made, but there’s no comparing it to the uniform bezels of the iPhone 11.

If you care most about the camera: iPhone 11

The iPhone SE has a very good camera for the price, but there’s no comparing it to the iPhone 11’s dual camera. With an ultra-wide lens, better portrait support, and a fantastic night mode, it’s one of the best cameras you’re going to get in a phone period.

If none of these things matter: iPhone SE

If having the best doesn’t matter, the iPhone SE is the perfect phone for you. I’d recommend it to any friend or family member who wants a truly fantastic phone without spending too much money. It might not be the best in every category, but even when it’s not, it’s still very, very good.

Note: When you purchase something after clicking links in our articles, we may earn a small commission. Read our affiliate link policy for more details.