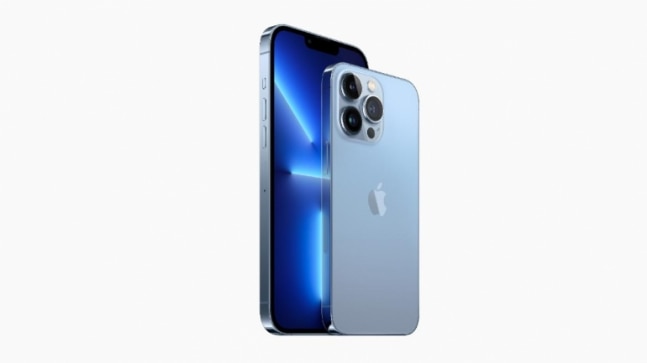 In other words, you can call an iPhone 13 or the iPhone 13 Pro expensive, you can even say that most phone users in India would not be able to afford it unless they set aside the practicalities and realities of spending money on a phone, but it is easy to see that Apple offers a truckload of functionality and value with its high-priced iPhones. The same cannot be said for phones like the Galaxy S21 Ultra and the Galaxy Fold 3 which cost a bomb and yet don’t offer anything decent to consumers.

The world of ultra high-end phones now requires an exorbitantly priced entry ticket. High-end OnePlus phones that used to cost around Rs 40,000 a couple years ago now have a starting price of Rs 69,900. Xiaomi, when it launched the Mi 11 Ultra earlier this year, put a price tag of Rs 69,999 on it. And even at that price the phone was made available in limited quantities. There is a belief among those who track the phone market in India that Google is not even launching its ultra high-end Pixel 6 Pro — or for that matter Pixel 6 — in India because the price would be too high.

So to single out Apple for launching expensive phones in India is somewhat unfair to the company. And it is not that the iPhone 13 at Rs 79,900 or the iPhone 13 Pro Max at Rs 129,900 don’t offer good value and experience relative to their price. Because they do.

The best way to see it is by taking a look at Samsung’s ultra-premium phones in India, some of which the company has launched only in limited quantities. The Galaxy S21 Plus has a starting price of Rs 81,999. At this price, compared to the iPhone 13, it offers significantly poor performance with its Exynos 2100. Even the A14 Bionic processor in last year’s iPhone 12 is significantly faster than the Exynos 2100. The A15 Bionic in this year’s iPhone 13 makes the phone much much faster than the Galaxy S21 Plus. The camera system, with its large sensors and bright lenses, is much better in the iPhone 13 even if it may not have some gimmicks that Samsung is nowadays putting in its phones. Video recording with an iPhone is miles ahead of what one can manage with the S21 Plus. The design, fit and finish of the iPhone 13 is clearly better than the S21 Plus, which has the camera module sharply cutting into the back cover of the phone.

Then there is the software. Unlike Samsung’s apps that show ads in the Galaxy S21 Plus, the apps in the iPhone 13 are clean. So, is the interface. Updates come timely, and when required urgently like we saw a few days ago when Apple patched the iOS to deal with some bugs exploited by companies like NSO software. Updates also come for the foreseeable future. If your phone is intact, you can keep using an iPhone for three to four years and still get timely IOS updates. The same can’t be said about a Galaxy, and Samsung tries to keep its phones updated most of the time updates come with a delay of months.

Let’s talk of the Galaxy Flip 2 and the Galaxy Fold 3. The Flip 2 has a starting price of Rs 84,999. The Fold 3 has a starting price of Rs 149999. This is crazy high for phones that are inferior to the iPhone 13 or the iPhone 13 Pro Max in everything that matters. The only thing that the Flip 2 and the Fold 3 have going for them is their flexible screens. But flexible screens are still impractical. The crease in the screen where it folds is still visible during the use, marring the aesthetics. The durability of the fold mechanism and the screen layers is still suspect.

In future the foldable screens will be good enough for regular, rugged work that most phones undergo nowadays. Right now they are still experimental tech. This makes the Galaxy Fold 3 and the Flip 2 a sort of smartphone adventure. Sure, if someone has money to burn they can go and try them but these are not practical phones. In comparison to something like the iPhone 13 Pro, they are missing features and their hardware is second-rate. Yet, they cost more.

The context is important while talking about the iPhone 13 prices. As noted earlier it is expensive. But it is expensive for a reason. Unlike, for example, the Galaxy S21 Ultra which is a “made in India” phone, for the iPhone 13 Apple is even paying high import duty. At its high-prices, the iPhone 13 also offers a relatively solid and sorted user experience in almost every way. The same can’t be said about many other similarly expensive phones in India.