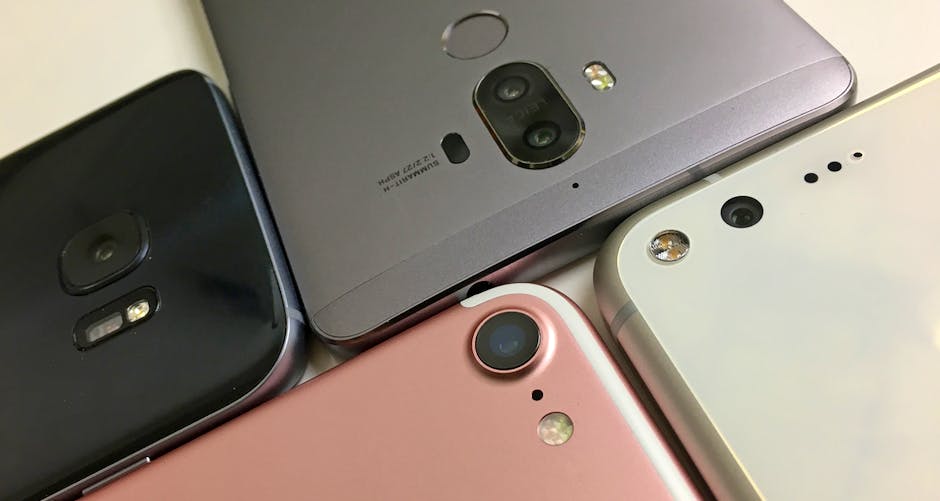 Huawei’s Mate 9 phablet is a 5.9-inch beast packing a lot of premium specs, but the most intriguing part is that fresh new dual-lens Leica camera. We’ve already reviewed the Mate 9’s camera and found it to be pretty solid, if not quite flawless. Question is, how does the Huawei Mate 9 compare in the camera stakes to some of the best mobile snappers of the year?

We’ve put the Mate 9 up against some of the best phone cameras of the year for this supertest: the Samsung Galaxy S7, Google’s Pixel XL handset and the Apple iPhone 7. Here’s our full camera comparison review – and check out our in-depth Mate 9 review for more on this premium handset.

Check out our individual camera reviews:

If you’re after point-and-shoot simplicity, the iPhone 7 is possibly your best choice here. The app is nice and streamlined, with a basic set of features: Photo, Video, Slow-mo and Timelapse, plus some simple tools like a timer function.

Google’s Pixel phone is also quite light on features and settings, with a handful of bonus camera modes on offer. You once again get a slow-mo video option, plus Panorama, 360-degree Panorama and Lens Blur (which adds a neat bokeh effect but doesn’t always work).

Then you have the Mate 9 and the S7, which are absolutely packed full with extra camera modes. The S7 has so many that we wrote an extra feature about them, while the Mate 9 is similarly stuffed. Beyond the Panorama, Timelapse, Slow-mo and other popular features, there’s the likes of Beauty mode, which irons out any wrinkles and is even available when shooting video. You also get Huawei’s trademark Light Painting mode, a Monochrome shooting mode, plus the ability to add audio notes and watermarks to your shots.

If you’re after manual controls, the Mate 9 and the S7 are your Huckleberries. Both phones offer up full control over the likes of ISO levels, white balance, focal distance and more, so you can get exactly the shot you need. On the iPhone and Pixel phone, you only get manual focusing with a tap as well as brightness control (and a colour warmth filter on the Pixel).

All four of these phones produce detailed shots in daylight, with fast autofocus. Tap the shutter button and you’ll be met with almost no delay at all, while you can burst shot with all four too. However, there are some clear differences when it comes to photo quality.

When it comes to colours, the S7 and Mate 9 tend to produce richer hues than the Pixel and the iPhone, although there’s not much in it. The Mate 9 also has a Vivid Colours mode, which deliberately pumps up the vibrancy. The results of this are variable, but you can certainly see the difference with natural tones and it’s quite pleasing to the eye.

Scenes with tricky contrast are quite well handled by all four phones, although the Mate 9 produced darker, less natural sky tones than the Pixel XL phone. Google’s camera tech captured accurate colours and impressive detail in these tests thanks to the HDR+ mode, which seems to make a difference.

The Galaxy S7 and iPhone photos looked slightly over-processed; in the iPhone’s case, the sky looked almost monochrome, while the S7 washed some of the colour out of the buildings and monuments. That said, our photos in all four cases were packed with detail and pleasing to the eye.

Of course, with its dual lenses, the Mate 9 is a clear winner when it comes to bokeh (i.e. sexy background blur). Turn on Wide Aperture mode and you get much more attractive results than with the other phones here; even when using the Pixel’s weird Lens Blur mode, which only works sporadically anyway.

When it comes to low light, sadly the Mate 9 only manages to beat the iPhone 7 – which really struggled to focus and produced quite grainy results.

The Galaxy S7 and Google Pixel XL not only gave us brighter, more attractive low-light shots than the Mate 9; they also boasted finer detail. Zoom into the shots below and you’ll notice a clear difference around the facial features of our lovely test subject, Victoria.

You’ll also see that the Mate 9 fails to capture Victoria’s true eye colour, unlike the Pixel and the S7.

All four phones here can shoot up to 4K UHD footage and boast their own form of image stabilisation. And in all four cases you get some solid results. You can expect detailed footage, which looks crisp even when viewed back on a big screen. Audio quality is also respectable, with voices and other sounds picked up clearly by the phone mics.

However, the Galaxy S7 wins overall thanks to its buttery smooth image stabilisation and fast reaction to changes in lighting. The others aren’t far behind, of course, and here are some Full HD test videos so you can decide for yourself.